How Can We Help?

If you need any help, please
feel free to contact us. 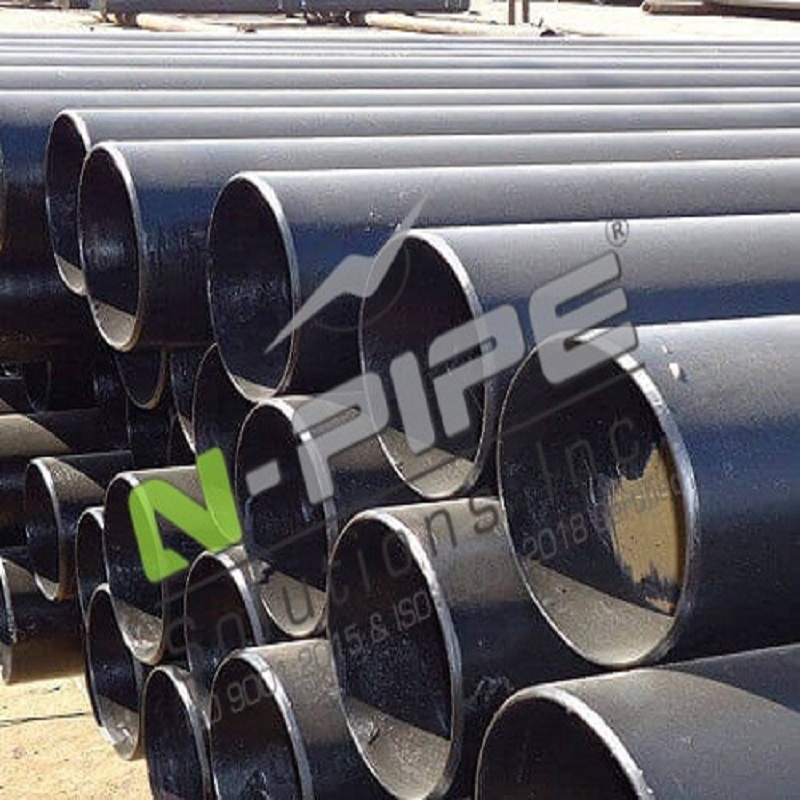 
ASTM A333 specification is also known as ASME SA333, this specification covers nominal (average) wall seamless and welded carbon and alloy steel pipe intended for use at low temperatures and in other applications requiring notch toughness. These pipes are commonly known as Low-Temperature Carbon Steel Pipes (LTCS).

Steel pipes generally contract under low temperature, due to which the inner diameter of pipes reduces, which affects the flow of liquid or gas at high velocity, as a result of which material may fail, in order avoid such situation, ASTM A333 specification was developed so that it can withstand pressure in Low temperature and avoid such issue.

These pipes are manufactured as per the dimension standard of ANSI B36.10 / ASME B36.10. Using 333 Grade. 6 welded pipes are also viable due to them being highly weldable owing to the carbon content. However, most companies prefer seamless pipes as the performance improvements can be as high as 20% when using seamless pipes instead of welded pipes.

These specification pipes are heat treated to Normalized condition, which is another advantage in the use of ASTM A33 pipes, Normalizing is a process where the material is heated to a uniform temperature of 815 Deg. C or more and then allowed to cool back at room temperature in the open air. This process controls the microstructure of pipes and results in lower hardness value and increased ductility.

We at N-Pipe Solutions Inc. stock a wide range of ASTM A333 pipes

N-Pipe Solutions Inc. is a major supplier of LTCS Seamless ASTM A333 pipes from India. We provide high-quality pipes to clients throughout the world. Pipes are stock in NPS/NB dimension as per ASME B36.10 in various thicknesses as per clients requirements. All pipes supplied by us are duly inspected by our in-house quality control department before being supplied to the client. All pipes are available with complete traceability and mill test certificate as per EN 10204 3.1.

We provide the best competitive prices to our clients backed by quality service.


Scope of ASTM A333 specification

ASTM A333 Pipe specification covers nominal (average) wall seamless and welded carbon and alloy steel pipe intended for use at low temperatures and in other applications requiring notch toughness. Several grades of ferritic steel are included. Some product sizes may not be available under this specification because heavier wall thicknesses have an adverse effect on impact properties.


Reference standard of ASTM A333 specification

For ordering material to ASTM A333 specification following details are required

The steel shall be killed steel, with the primary melting process being open-hearth, basic-oxygen, or electric-furnace, possibly combined with separate degassing or refining.
Steel cast in ingots or strand cast is permissible
For pipe NPS 1-1/2 and under, it shall be permissible to furnish hot finished or cold drawn.
For pipe NPS 2 [DN 50] and over shall be furnished hot finished.


Chemical Composition of ASTM A106 pipes


Mechanical properties of ASTM A106 Pipes

Bend test for pipes 2” NPS and under

Flattening Test for pipes 2.5” NPS and over


Tolerance in Outer Diameter as per ASTM A106

Outside Diameter at any point shall not vary from standard specified more than:


Tolerance in wall thickness as per ASTM A106

At any given point the thickness of the pipe should not be 12.5% under the nominal wall thickness as specified.


Tolerance in weight as per ASTM A106

The weight of any length of pipe shall not vary more than 10% over and 3.5% under that specified.

Each length of pipe shall be subjected to the hydrostatic test without leakage through the pipe wall. The hydro test produces stress in the pipe wall equal to 60% of SMYS (Specified minimum Yield strength) at room temperature. For pipes upto 3” NPS hydro test cannot exceed 2500 PSI and for size greater than 3” it cannot exceed 2800 PSI. 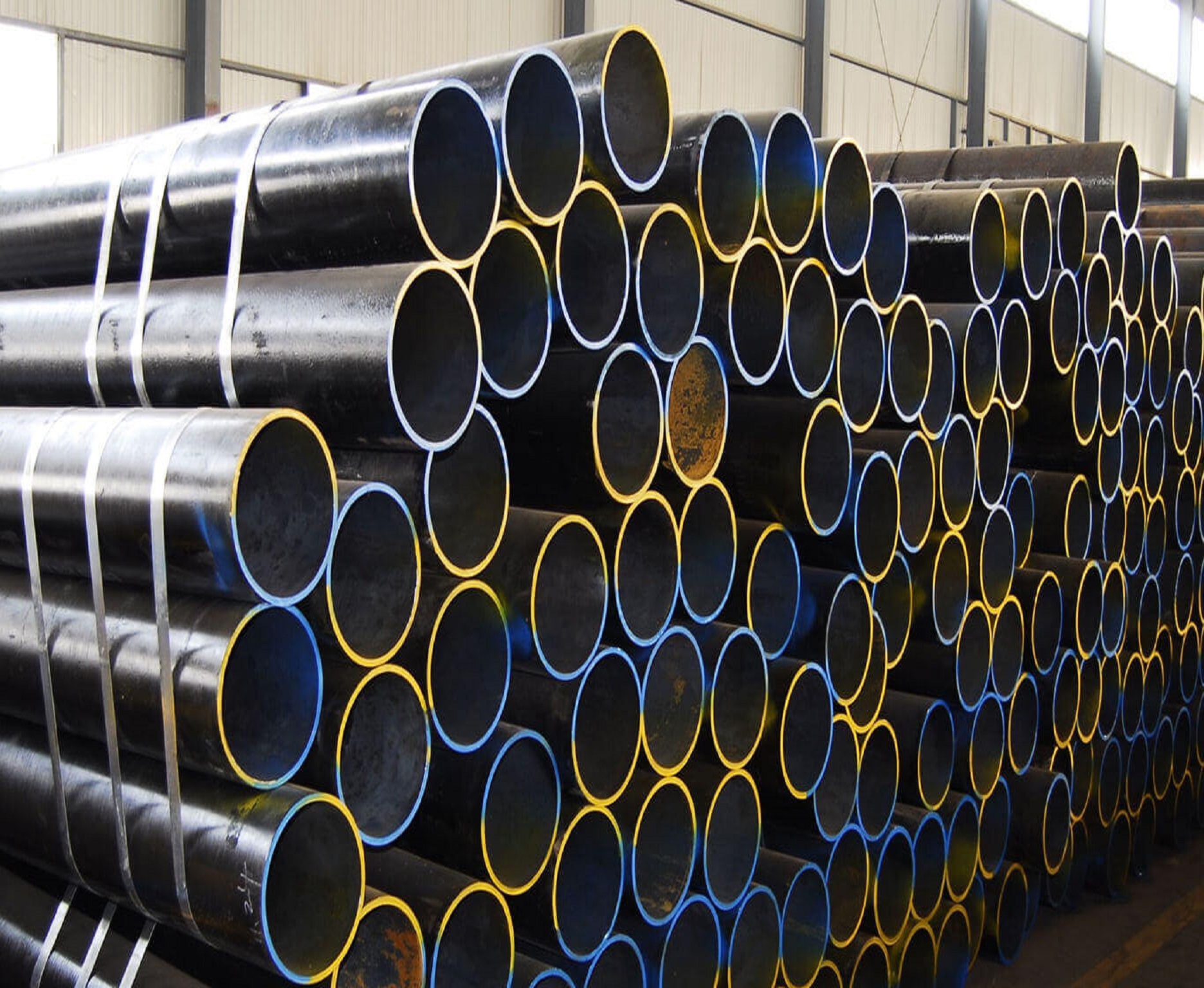 ASTM A53 Grade B Steel Pipe 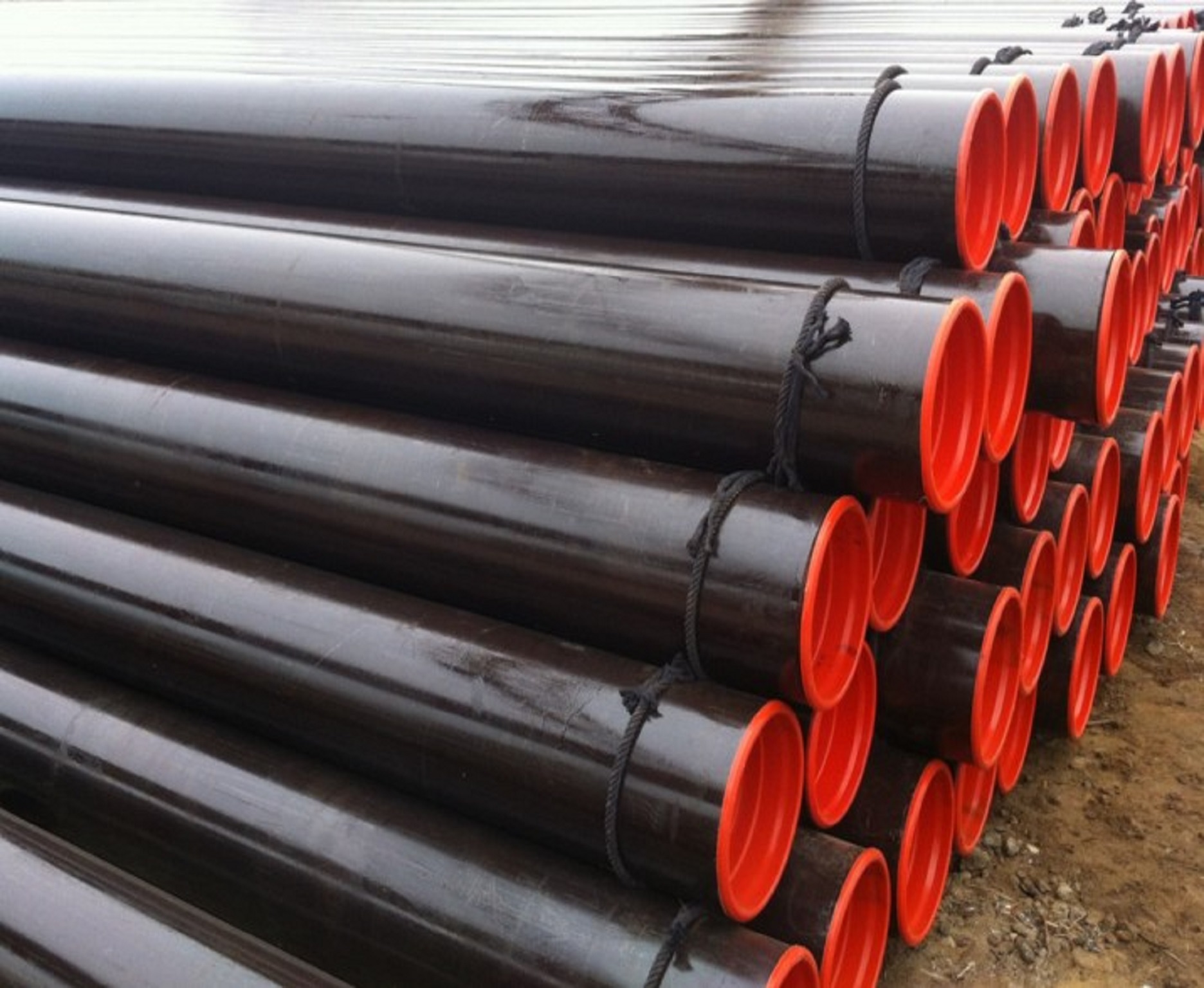 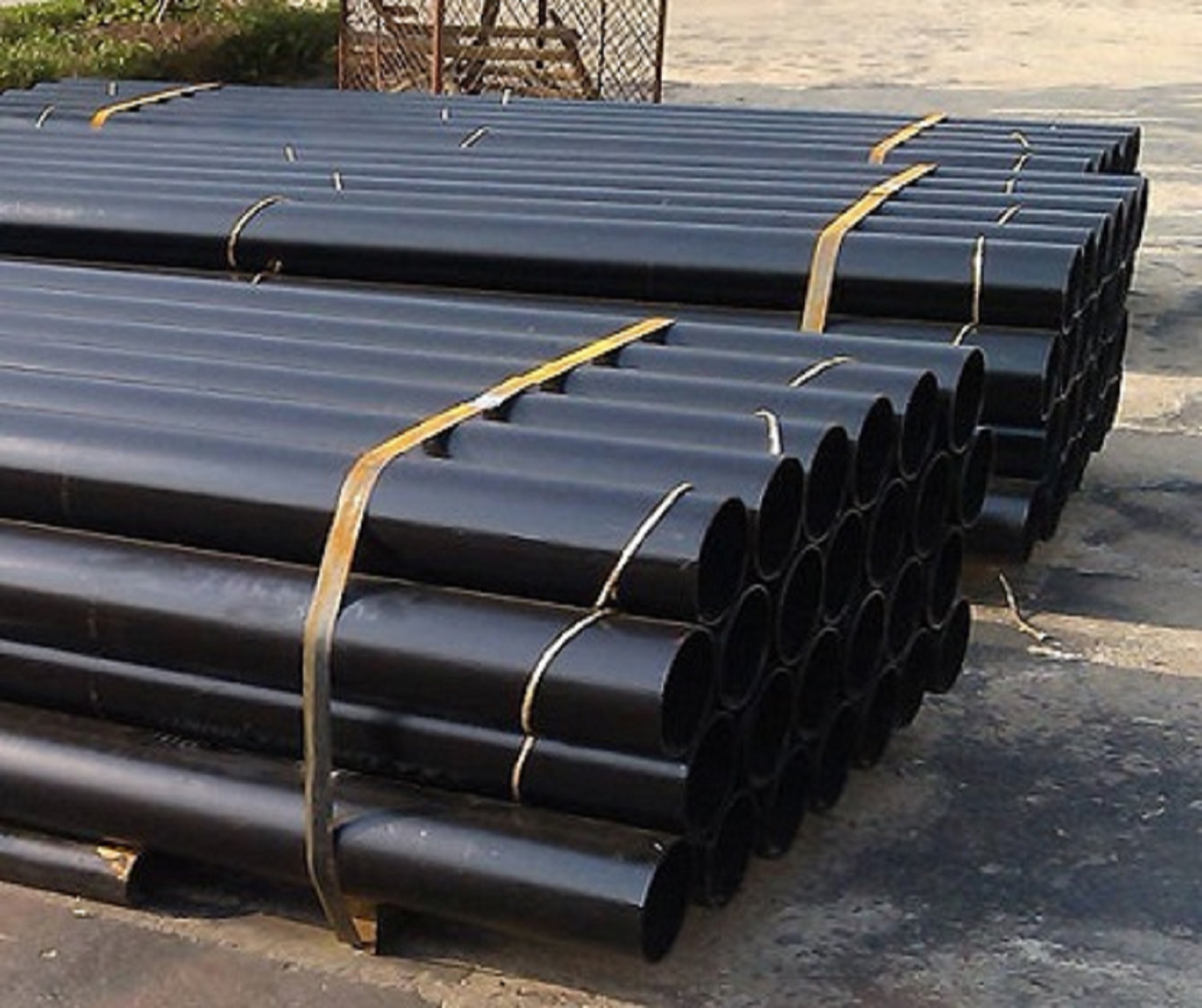 Biggest stockiest of Pipes with Mill Test Certificate as per EN 10204 3.2 Certification